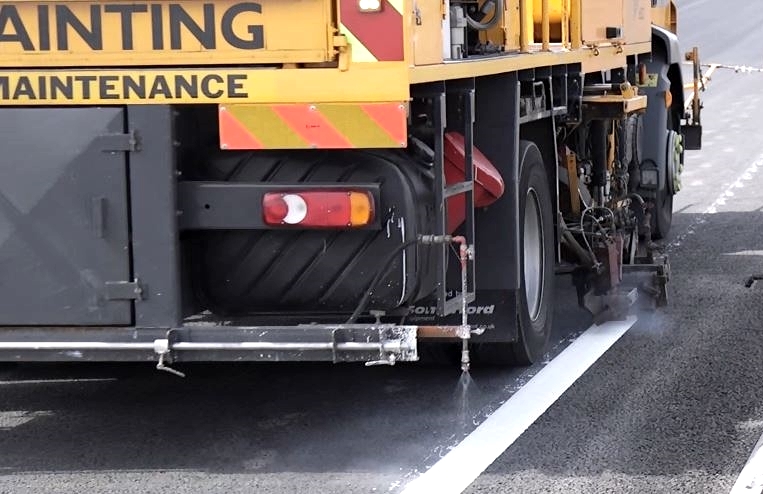 L&R Roadlines, one of the UK’s leading road marking and surfacing contractors, has been awarded a major contract to become a key supply chain partner to Costain, the lead contractor for the £192 million Highways England A556 improvement scheme. The project will see a new 4.5 mile dual carriageway running between Junction 19 of the M6 near Knutsford and Junction 7 of the M56 near Bowdon where improvements will also be made.

According to a spokesperson for Costain: “We are pleased to be working with L&R Roadlines on this prestigious road scheme as the company has an outstanding track record of successfully delivering high profile projects of this nature. The new dual carriageway will contribute towards the economic growth in the area, whilst taking traffic away from sensitive environmental areas and improving road safety in line with the Government’s vision for transport.”

L&R Roadlines is providing a range of road marking and surfacing solutions as part of this contract. They will include hydroblast removal of existing road markings and cats-eyes along with the installation of temporary studs for site traffic management and safety applications throughout the construction phase of the project. The company will then install road markings, cats-eyes and anti-skid treatments to the finished roadway.

“The new road will have a major impact on the area by reducing both congestion and accident rates and we are delighted to be playing such a key role in the project,” added Michael Littleboy, Contract Manager at L&R Roadlines.“

The new dual carriageway, being provided as part of government’s commitment to invest £24 billion in roads by 2021, will provide a direct link between the M56 and the M6, reducing congestion and allowing for faster, more reliable journey times. This will cut costs and improve productivity for businesses and commuters. The new A556 will open to traffic in March 20177 and the existing A556 will be then be made into a single carriageway road with facilities for pedestrians, cyclists and horse riders.