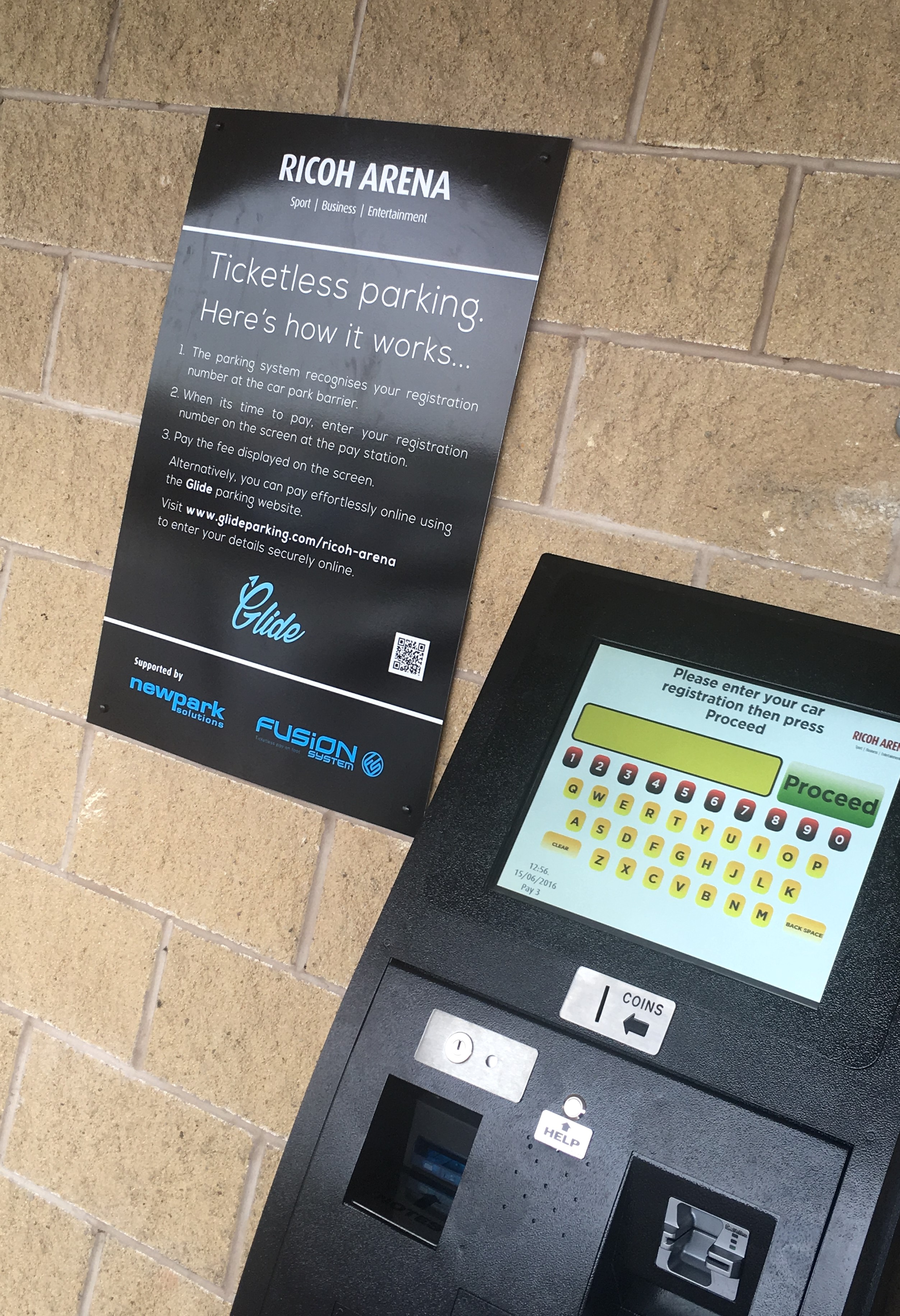 The Ricoh Arena, home to Premiership Rugby team Wasps and Coventry City Football Club, has awarded Newpark Solutions a major contract to install a new ticketless pay-on-foot parking system. The Fusion system will be used to manage 2000 onsite parking bays at the award-winning venue, which offers a mix of state-of-the-art conference, training, banqueting, exhibition, hotel, music and sports facilities. The system went live in time for Parkex, the flagship event of the British Parking Association.

According to Andy Gibb, Managing Director of the Ricoh Arena: “We are committed to working with suppliers that are leaders in high tech innovation and sustainability. Newpark Solutions was awarded the contract as it provides a cost effective and efficient alternative to traditional ticket-based systems. We also believe the new system will significantly increase throughput to reduce queuing and improve the customer experience at the many events hosted by the Ricoh Arena every year.”

Newpark Solutions won the tender for this high profile contract against competition from some of the UK’s leading suppliers of ticket-based pay-on-foot parking systems. Seven pay terminals will be installed at strategic locations across the 40 acre site where visitors can pay for their parking before departure. After inputting their registration number, using a large 17” touchscreen at the pay-station, the software calculates their dwell time and payment. Visitors can also make online payments through Newpark’s hosted platform before they leave.

The Fusion system combines high definition ANPR technology with existing barriers to revolutionise the way that carparks operate. ANPR cameras at the entrance speed up the arrival process by seamlessly raising the barriers, often before cars have come to a complete stop. This eliminates the need for drivers to roll down their windows and push a button before waiting for tickets to be dispensed. A digital pass is created upon entry and is used to allow the vehicle to exit after payment has been made. Installations at other sites have already shown that the time to allow four cars through the entry barrier is decreased from around 15 seconds to less than 3 seconds. This improvement is also repeated at the exit.

According to Matthew Cook, Managing Director of Newpark Solutions: “The Fusion system will revolutionise the way that carparks operate generating up to 15% higher revenues than can be achieved using ticket-based pay-on-foot systems. It not only provides faster entry and exit with easier payment options, but also has fewer moving parts to reduce the maintenance burden and deliver operational savings.”

Newpark’s new ticketless pay-on-foot parking system eliminates many of the operating costs associated with traditional pay-on-foot parking systems as there is no longer any need to refill or repair ticket dispensers or replace lost chipcoins. Drivers are also treated more fairly as they will not have to pay the full day rate should they lose a ticket or pay to replace a missing chipcoin.

The Fusion system also eliminates lost revenues that occur when ticket-based systems malfunction and barriers have to be raised to let cars leave without paying. Should a number plate not be recognised, an ‘honesty’ feature asks the visitor for an estimate of the time that their vehicle has been parked to capture revenues that would otherwise be lost. Typically only around 0.5% of drivers have to use this feature across all Newpark installations.