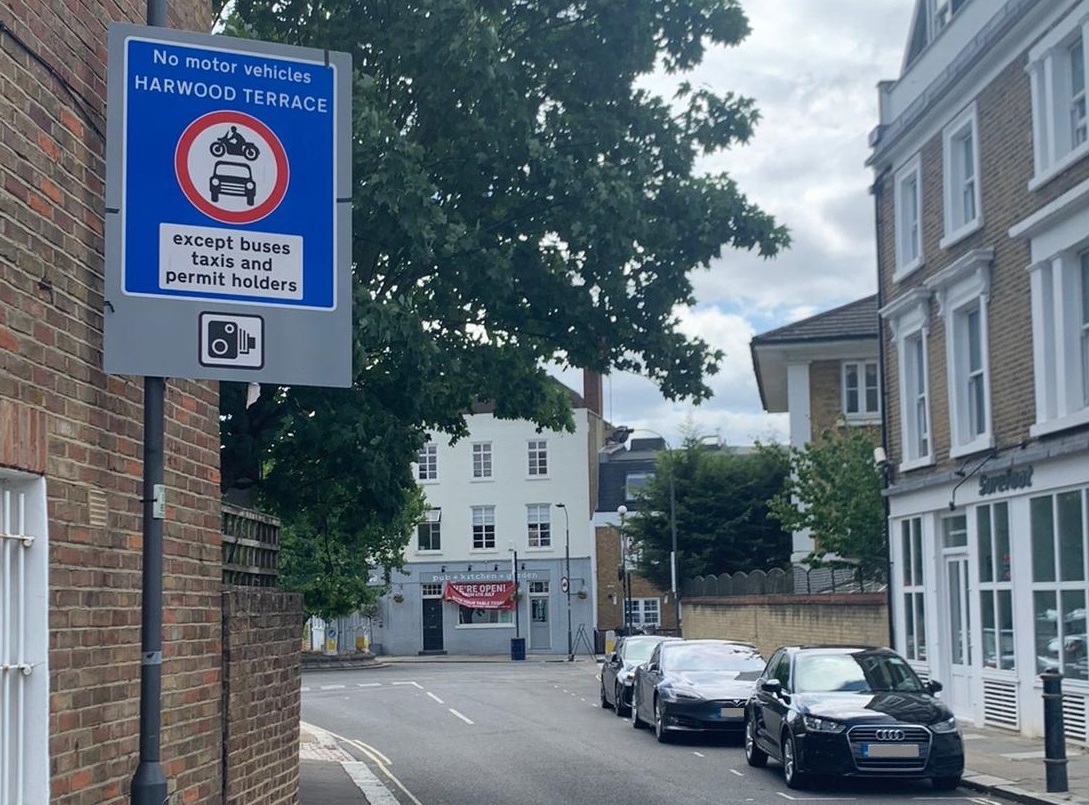 This new scheme followed a six-month trial closure of Harwood Terrace, which began in October to try to reduce the 92 per cent of traffic in the area that came from people who live outside the borough. The cameras use the latest ANPR technology to capture the number plates of motorists who enter these roads with fines issued to those that do not hold a valid Hammersmith and Fulham residents’ parking permit.

Although toxic in neonates and infants, it is generally recognized as safe by the FDA at concentrations up to 5% in adults. This medication is also used to treat breast cancer in women whose breast cancer has worsened after taking tamoxifen (Nolvadex). Non-steroidal anti-inflammatory drugs (NSAIDs), such as ibuprofen, can reduce the effectiveness of chlorothiazide, and corticosteroids, including betamethasone and budesonide, can further impact potassium levels Farmacia online. Fentanyl: (Moderate) Concurrent use with opiate agonists can decrease the minimum alveolar concentration (MAC) of desflurane needed to produce anesthesia.

According to Marston Holdings: “We are delighted to be working with the London Borough of Hammersmith and Fulham on this scheme which will significantly reduce the volume of traffic in this area.

Nine Videalert cameras have been installed as part of the Harwood Terrace scheme and were switched on in mid-July following the installation of relevant signage by the council. These ONVIF compliant HD cameras capture the highest quality images to minimise discard-rates, increase productivity and help reduce the number of appeals. This data is transmitted to the Videalert’s DfT Manufacturer Certified hosted platform which integrates with the council’s permit systems to ensure that resident and key ‘permitted vehicles’ can pass through control points and move around the area without obstacle. Visitors and delivery drivers are accommodated within the scheme via a data push from the host system.

It is anticipated that this scheme will significantly reduce the through traffic east of Wandsworth Bridge Road, including through Harwood Terrace, and improve bus journey times at the Bagley’s Lane junction. Traffic previously able to cut through to New Kings Road will also be eliminated helping to reduce noise, air pollution and carbon emissions in line with the council’s climate emergency strategy. The council is also introducing full width speed humps and planters at the width restrictions to reinforce traffic calming and improve the visual feel of Harwood Terrace.

Videalert’s hosted platform maintains a ‘white list’ of permitted vehicles including buses, taxis, emergency services, refuse trucks and council service vehicles. The cameras automatically capture the number plates of vehicles committing an offence. This data is transmitted to the Videalert platform where evidence packs are automatically compiled for review through a secure online portal prior to PCNs being issued.